Meet Dr. Beitchman • Meet the Team • What Sets Us Apart • Office Tour • Spring for a Teddy Bear of Love Project

A major event that we sponsor each spring is a charitable event that Dr. Beitchman founded in 2013 and is very near and dear to his family's heart. He named it "Spring For A Teddy Bear Of Love".  It was born out an idea Dr. Beitchman had to put a smile on children's faces at a nearby children's hospital. You see, Dr. and Mrs. Beitchman's son Joshua was born at this hospital, but was born premature and had to be placed in the NICU for a very long month. He and his wife remember a little teddy bear that was placed next to the incubator where their son lie, struggling for life.

The teddy bear came to represent a ray of light and hope for the future.  21 years later, their son Joshua, all grown up and a junior in college, was thinking about applying to medical school. Dr. Beitchman marveled at how far his son had come and decided to go back to this hospital, now called Children's Methodist Hospital, to tell them he wanted to say thank you for all they had done for his family. He wanted to find a way to give back to the community, and hopefully give sick children  and their families a smile and hope for their futures. He asked the hospital personnel what did the sick children get during the year other than during the winter holidays to cheer them up. Sadly, the answer was, nothing. So Dr. Beitchman decided he wanted to doing something about that, by giving as many sick children as he could special Build-a -Bear teddy bears in the spring, in April. Thus was born the project he named  "Spring For A Teddy Bear Of Love".

Each year now, Dr. Beitchman and his staff organize and sponsor this project. Each February, we encourage the many dentists we work with and their staffs to go and create one or more special, unique Build-a-Bear teddy bears at the stores located in San Antonio. This has become a fun teamwork project for each of these offices! Dr. Beitchman also sponsors numerous 3rd, 4th, and 5th grade classes at nearby elementary schools to create one teddy bear per class. All of these teddy bears are given nametag necklaces created at our office, which state whose loving hands created the bear. Then, at the end of March, Dr. Beitchman and his team have a "teddy bear round-up" in which they go around San Antonio and collect all the special, unique teddy bears which are then placed on display during the month of April in our office.  If you would like to see past years teddy bears, including pictures of some of the children who received them at the hospital, please watch the video of our office tour on the home page of this website as well as go back in time on our Facebook page. 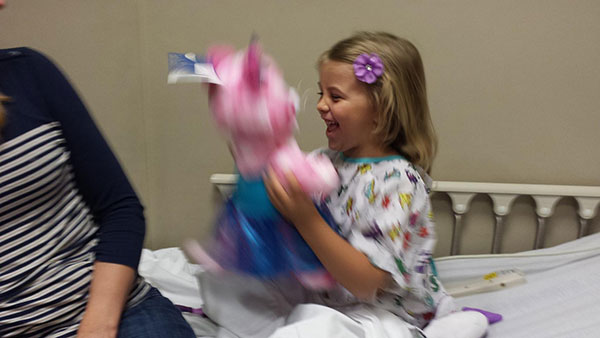 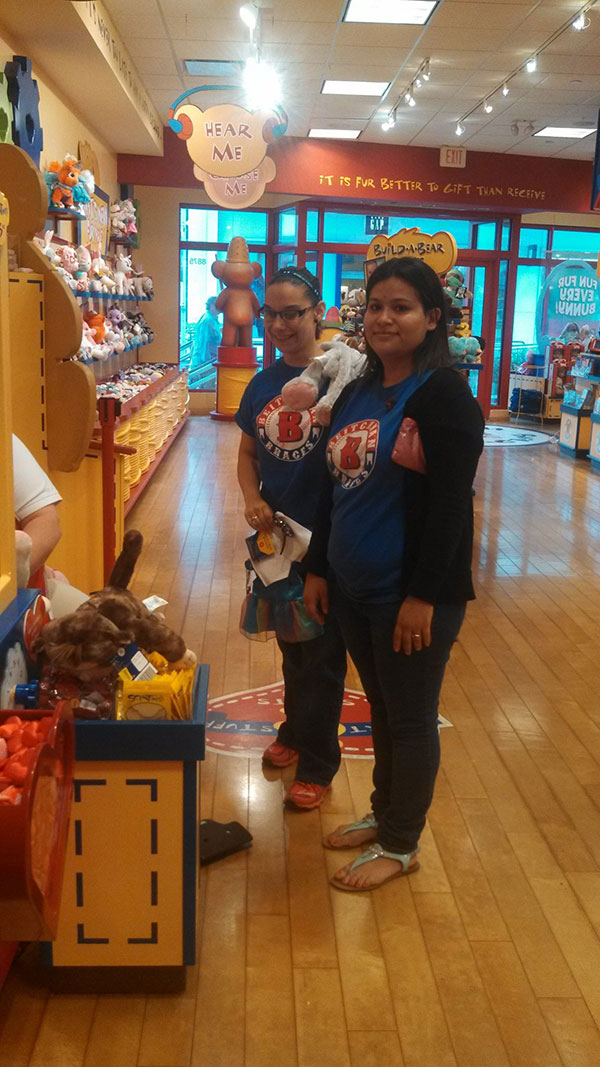 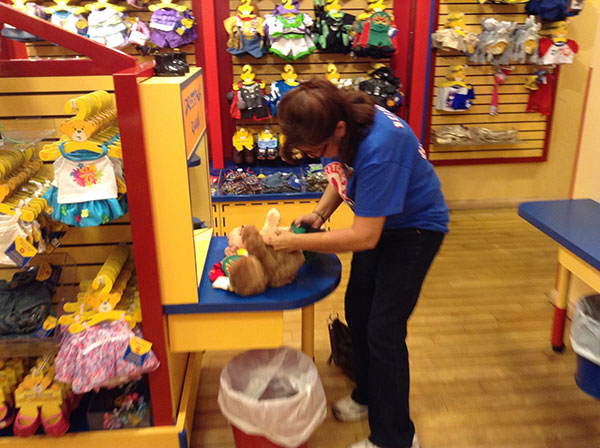 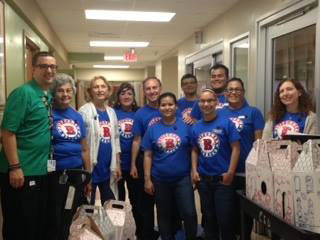 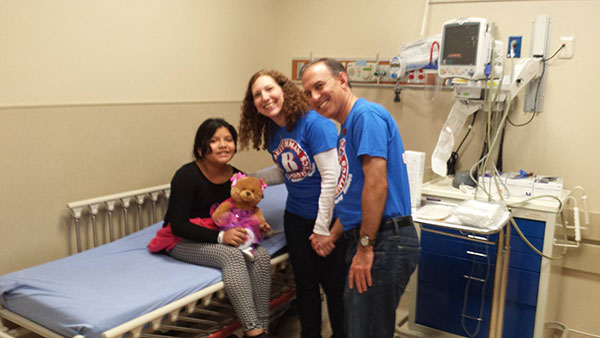 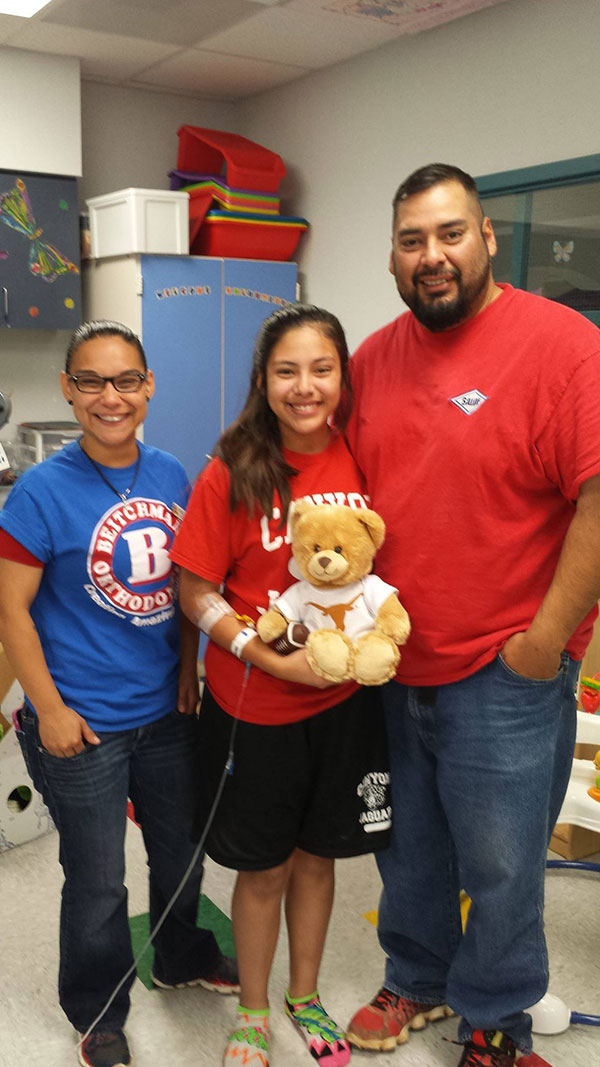 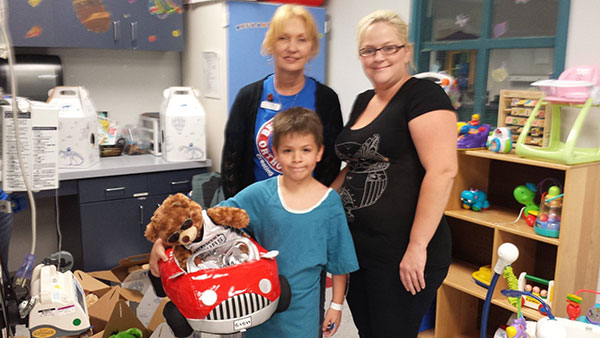 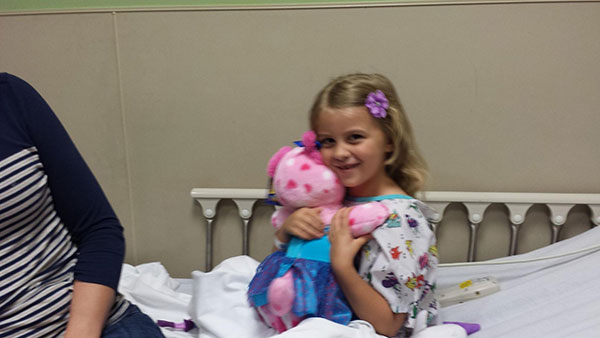 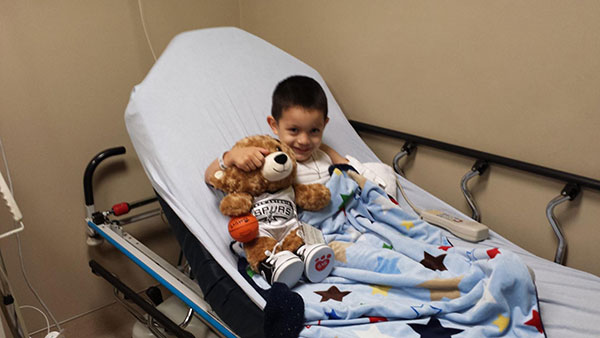 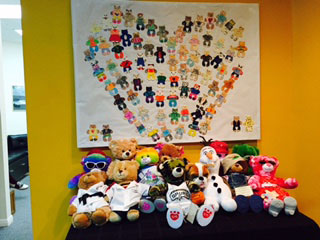 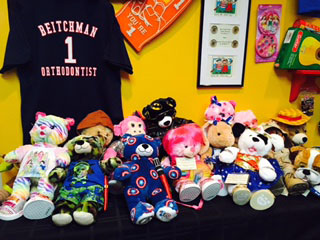